30, 60 Or 90: Can Tighter Prescription Drug Limits From Insurers Curb Abuse? 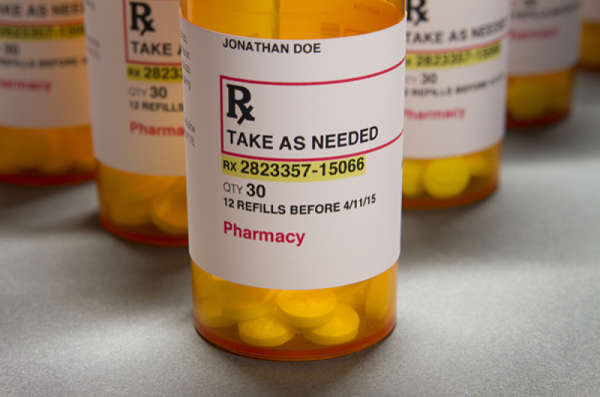 The number of people across the United States who abuse prescription drugs is soaring. This abuse is not limited to older people who are prescribed drugs that can be addictive—like pain killing opiates such as Percocet or OxyContin—but also young people who may steal pills from their homes, buy pills from friends or even be prescribed the drugs themselves after sports or other physical injuries.

Please Read This:
More American Teens Getting Hooked On Heroin

According to the National Survey on Drug Use and Health in 2009, more than one-third of the respondents who had used drugs in 2009 used prescription medication as their “gateway" drug.

How Is The Medical Industry Responding?

Many states have set up Prescription Drug Monitoring Programs (PDMPs) in their pharmacies to curb mismanagement and theft in pharmacies. Some states have implemented a statewide, physician-accessible database to prevent patients from doctor shopping and receiving multiple prescriptions for painkillers.

This system also allows physicians to monitor their prescriptions and consider the best plan for individual patients, especially if they are prescribing addictive painkillers. Other states like Kentucky, have worked to shut down “pain clinics" that take only cash for painkillers and are a likely source of many of the abused drugs.

How Are Insurance Companies Responding?

Insurance companies are now working to prevent abuse as well. During spring 2012, Blue Cross Blue Shield of Massachusetts developed new prescription drug requirements, reports The Boston Globe. According to the press release, patients will only be able to fill two 15-day prescriptions for opioid pain killers before the physician must contact the insurance company.

Blue Cross Blue Shield of Massachusetts's plan is the first in the state, and no other insurance companies have chosen to also regulate prescription medicine in these ways. Other companies, using their fraud and loss departments, consider the number of prescriptions patients have filled and the number of doctors they have seen yearly.

Will These Limits Actually Decrease The Number Of Prescription Drug Abusers?

Much of the time, the people who abuse prescription drugs, especially youth, are not the same people receiving the prescription medication. Youth, for instance, often raid the medicine cabinets of family and friends.

People who buy or steal their drugs from Blue Cross Blue Shield customers in Massachusetts may have a more difficult time finding prescription drugs. Blue Cross Blue Shield spokespeople believe that simply having a smaller number of pills prescribed, and ensuring that patients receive adequate counseling about the addictive nature of their prescriptions will naturally decrease the number of addicts.

Ultimately, the answer to the question of whether drug limits from insurers can actually curb prescription drug abuse will be determined by the number of insurance companies who take these steps.