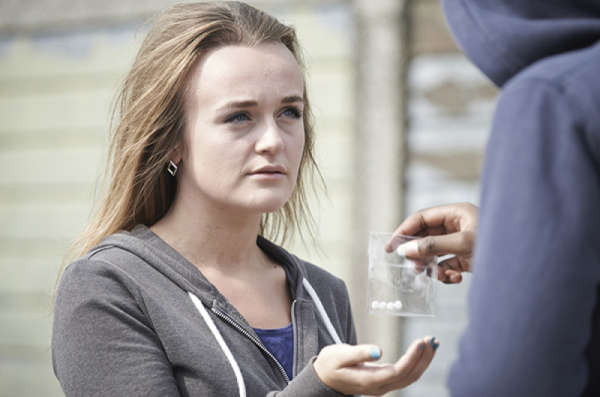 Being a teenager is a time to learn and try new things. Unfortunately, anyone who has been a teenager before is aware that drug and alcohol use tend to be rather high up on this list. As prescription drugs become easier to obtain on the street and even online, the teenagers of today are arguably at the greatest risk of addiction than any generation before them. With the alarming frequency that teenagers are buying and selling drugs these days, it may be tempting to put your child on “lock down" in an attempt to shelter them from any negative influences. However, doing so would not only be futile, but literally impossible, since over half of kids report that drug use and trafficking exists at their school.

Luckily, however, there is a way to prevent your child from becoming an addict that doesn't involve grounding them 24/7 and installing cameras in their room. The answer is knowledge: knowledge of the symptoms of drug abuse and knowledge of the risk of being exposed to various drugs. After reading the infographic below, you'll hopefully not only have a greater amount of knowledge, but will give you the tools to identify the early stages of drug addiction in your teen before it's too late.

Please Read This:
Managing Pain: Non-Addictive Options For Recovering Addicts And Avoiding Addiction For Non-Addicts
Continue Reading This Article
Get The Help You Need
Emergency
Intervention
Rehab
Support
Learn About Your Addiction