Though the first clear reference to opiate use occurs in the third century BC, opiate use has likely occurred for more than 6,000 years. Understanding the history of opiates and their role in different cultures and demographic groups can provide insight into the use, abuse, and addiction problems in contemporary society.

The term opiate technically refers to substances that come from purified crude opium, which comes from the sap of the opium poppy. These include morphine, papaverine, and codeine. Though the term has commonly come to mean any substance derived from the opium poppy, heroin, for example, is technically an opioid because its molecular structure is an altered form of morphine. Opiates and opioids are also sometimes called narcotics, which means sleep-inducing. Indeed, opiates depress the central nervous system and can put the user into a painless, sleep-like state. For more information on specific opiates – as well as their corresponding addiction, detoxification, treatment, and rehabilitation factors.

How long have people been using opiates?

Ancient sources suggest that opium use may have been occurring as long as 4,000 years ago. Early physicians experimented with the use of the sap of the opium poppy in the treatment of various illnesses. Egypt, Greece, and Phoenicia were all engaged in the trade of opiates.

Eventually, this trade brought opiates to the east through Persia, India, and China. In China, opium dens – where users would smoke opium pipes at their leisure – became popular. Centuries later, when many Chinese citizens emigrated to the United States in the 1800s to work on the railroads, their behaviors with opium (specifically, opium dens) became the target of public reform, even though many Americans had their own problems with the substance.

In the 1800s, both the U.S. and the U.K. saw increased use and abuse as companies began to patent and market opiates, including heroin, which was sold as "Bayer Heroin" in 1898. Throughout most of the century, opiates were very affordable and easily available from a range of sources, and no prescription was necessary. The most substantial group of addicts comprised middle- and upper-class women.

As the century turned, public attitudes shifted and the government (specifically in the U.S.) took a more active role. In 1906, new legislation required manufacturers of opiate products to provide certain information on the labels of their products. In 1914, both medical and non-medical uses of opiates became compromised when legislation passed in the same year was misinterpreted by enforcing agencies. Some religious groups believed the problems related to substance use were a religious/ethical question and advocated moral reform of addicts. Throughout the 20th century, opiates played various roles in wars, treating the pain of the soldiers, as well as in many other aspects of society.

What is the current state of opiate use?

Many prescription medicines like Vicodin and Oxycontin are derived from the sap of the opium poppy. These drugs are used to treat moderate to severe pain that is often associated with such chronic illnesses as cancer. Prescription drug abuse continues to be a problem in the United States, and is increasing among teenagers and other young adults who may steel these drugs from the medicine cabinets of family and friends, perceiving them to be a quick, inexpensive high with less of a social stigma than illicit drugs. In some cases, teens will take these drugs to "pharm parties" and share them with others, sometimes mixing drugs without knowing what they are. Websites even offer "recipes" for highs. To learn more about this dangerous trend, please read our article "Parents and Pills: Unintentional Drug Dealers."

A report from the Drug and Alcohol Services Information System (DASIS), which is part of the Substance Abuse and Mental Health Services Administration (SAMHSA), examined changes in the use of heroin from 1995 to 2005. The National Survey of Drug Use and Health indicated that about 379,000 individuals used heroin during 2005 with 108,000 of these people having tried it for the first time. According to this report, the proportion of primary heroin admissions of users who had injected the substance declined during this period from 69% to 63%. By contrast, the proportion of primary heroin admissions of users who had inhaled the substance increased during the period from 27% to 33%. The report suggests that there may be a trend away from injection use with inhalation as the method of administration remaining relatively stable throughout the decade in question.

Clearly, opiate abuse and addiction continues to plague numerous people of all ages, sexes, races, ethnicities, and income brackets in America. If you or someone you know has a problem with opiate addiction, we encourage you to call eDrug Rehab today. 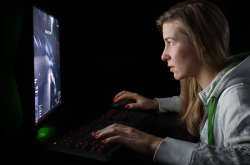 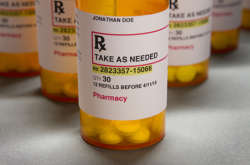 30, 60, Or 90: Can Tighter Prescription Drug Limits From Insurers Curb Abuse?

Currently Reading
Then & Now: Past & Present Use Of Opiates