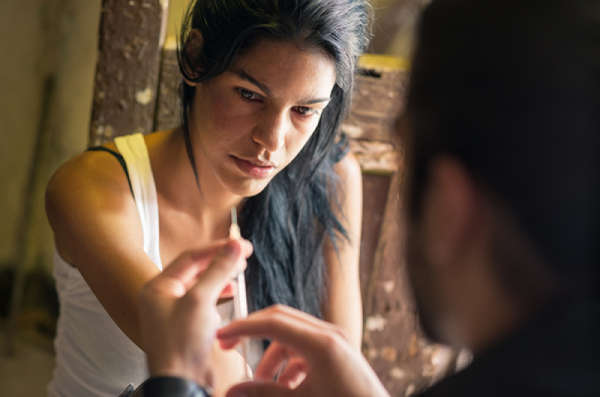 Although the rural areas do have an average population of drug abusers, the main problem area for addiction in Illinois is the Chicago metropolitan area. It is recognized globally as one of the largest and most active sites for drug trafficking, with a shocking number of substance abusers in its immediately surrounding areas.

Illinois is notorious for its number of residents who habitually abuse alcohol and illegal substances. Current estimates project that more than a million state residents are currently abusing or are dependent on a substance.

Far more alarming, however, is that more than 800,000 who admit to requiring some form of addiction treatment fail to seek or receive it. The availability of illegal drugs is higher in Illinois than almost any other state, and addictions are an all-too-common result.

The most popular habit-forming drugs in Illinois—especially in Chicago—are cocaine (oftentimes in the form of crack cocaine) and heroin, followed closely by marijuana.

Heroin abusers seek rehabilitation treatment more often than addicts of any other drug, with 33,169 addicts receiving treatment in 2007. Cocaine abusers were close behind with 19,238 people addicted to cocaine being treated the same year.

The Epicenter Of Chicago

Chicago is recognized on a national level as being a distribution center for states stretching into the Northeast and Midwest. Although exact figures are not available for obvious reasons, it has been estimated that at least 100,000 people in the Chicago metropolitan region are full members of some kind of organized crime. Street gangs that operate at an organizational level are largely responsible for most distribution of marijuana, heroin and cocaine throughout the area.

Law enforcement lends tremendous funding and resources to the area, in an effort to help deter the availability of the drugs and their transportation to other major points throughout the country. In 2008, officials seized over $1.4 million in cash, and almost 120 pounds of cocaine in just one house in a suburban area. This is evidence that the heavy activities in Chicago's metropolitan hub are being redirected to the outskirts, as law enforcement presence continues to increase.

Fortunately, the problem of addiction is being met with both private and governmental efforts to help correct the trend and get treatment to those who need it. Several organizations, such as the Illinois Institute for Addiction Recovery, go out of their way to ensure that the people who need treatment the most are able to receive it. There are 10 facilities in Chicago alone that offer addiction recovery therapy programs and assistance. There are also many state funded programs that are available for addicts who cannot afford to seek treatment on their own.