The subject of numerous articles, books, and even films, rave culture and its relationship to ecstasy, the more common name for Methylenedioxymethamphetamine (MDMA), have been topics of interest for scholars, politicians, parents, and a curious public audience as well. Raves, or large dance parties that often last into the early hours of the morning, regularly attract thousands of individuals of all ages looking for good music and a good time with their friends. Almost inevitably, this good time includes the use –and often abuse – of substances like alcohol, ecstasy, cocaine, LSD, and amphetamines (meth).

Because of its ability to create feelings of euphoria, inner peace, and closeness with others, and because of its relative accessibility, ecstasy has become a popular drug in the rave scene. In some cases, ecstasy is combined with psychedelic drugs like LSD, which, specifically, is known as "candy flipping." As an illegal substance, ecstasy is not subject to quality regulations that you would expect from a controlled substance; in some cases, an ecstasy pill might contain other substances, some of them potentially dangerous. Among the side effects of ecstasy use is increased body temperature, which can lead to dehydration and makes the user feel the need to drink additional water. The problem is more complicated in a club situation when users are dancing and sweating, needing even more water to cool the body's temperature.

Use and abuse of ecstasy causes increased heart rate, blurred vision, involuntary clenching of teeth, chills, sweating, and muscle tension. Prolonged abuse of ecstasy can cause long-term irreversible structural damage by altering neurochemistry. According to the National Institute on Drug Abuse, MDMA abuse among 8th, 10th, and 12th graders increased between 2005 and 2007, which indicates that the problem of ecstasy use has spread beyond the club scene and into the schools. 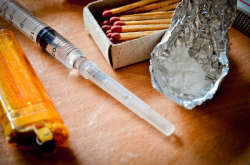