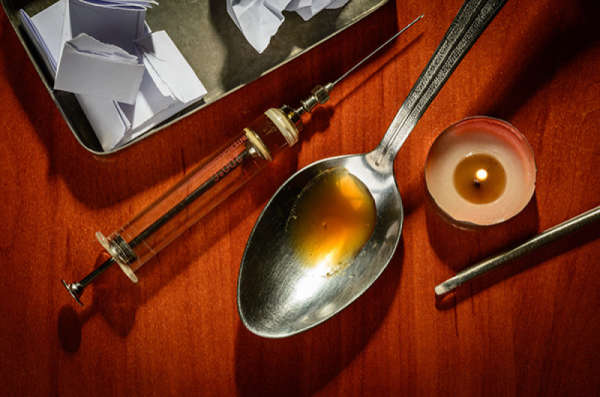 Heroin use is a critical problem today in the U.S., but the opium-derived drug is no newcomer. Rather, it has a long and varied history involving many world cultures.

Over 5,000 years ago, the Sumerians began growing opium poppies in Mesopotamia for their euphoria-inducing qualities, and the cultivation and trade of opium continued to thrive under the ancient Egyptians. Hippocrates, the famous Greek physician in the fifth century B.C., recognized opium's usefulness as a narcotic and recommended it as a treatment for various diseases.

During the sixteenth century, opium was reintroduced to Europe when Portuguese traders sampled the drug in the East. By the eighteenth century, opium was widespread in Europe and America; in addition to recreational uses, physicians frequently prescribed the drug as a treatment for pain from cancer and childbirth. Opium was commonly taken as laudanum, a medicine composed of opium and sherry.

From Morphine To Heroin

In 1805, German pharmacist Friederich Serturner isolated the active ingredient in opium and named it morphine, in reference to Morpheus, the mythological Greek god of dreams. At first, physicians welcomed the new drug and recommended it as a therapy for opium addiction. Much more potent than opium, morphine was the pain reliever of choice during the American Civil War, often administered with the newly invented hypodermic syringe. Throughout this time, however, many began to recognize the dangerously addictive qualities of morphine.

During the 1870s, chemists first created heroin from morphine. It was not until 1898, however, that the German-based Bayer Pharmaceutical Company began to manufacture heroin for commercial use. Heroin is actually a brand name coined by Bayer from the German word for heroic, a term that was commonly used by German doctors for potent medications. The new drug was marketed as a sleeping medicine for patients suffering from severe respiratory illnesses like pneumonia and tuberculosis. Soon, however, patients and doctors alike realized heroin was even more addictive than morphine.

Heroin In The Twentieth Century

Despite growing awareness of the problem of heroin addiction, at the turn of the century, many Americans were still able to easily purchase opium, morphine and cocaine in various over-the-counter remedies at their local pharmacies. As many as 250,000 Americans were addicted to these drugs at a time when the population of the U.S. was only 76 million.

By 1914, the federal government began to regulate the sale of opium and its derivatives, and quickly prohibited doctors from prescribing the drug. Soon after, due in part to a growing black market and rising crime among New York City youths, the sale and manufacture of heroin was outlawed in the U.S. At this time, however, users also began to inject heroin.

Historically, there have been two marked spikes in heroin usage in the United States. Heroin usage greatly increased from after World War II until the beginning of the 1950s, and the again at the end of the Vietnam War during the mid-1970s. Heroin use gradually decreased as costs of the drug increased and the purity of available heroin decreased.

Most of the heroin available in the U.S. comes from opium poppies grown in Southeast Asia (including the Golden Triangle region), Southwest Asia (including Afghanistan), Latin America and Mexico. Heroin is both a global and a local problem. As governments worldwide struggle to control the global market, this new form of an ancient drug continues to claim the lives of Americans.

Currently Reading
Heroin Use Throughout History