What Is Smoking Addiction?

Smoking addiction has a less caustic stigma than addictions to illegal substances like heroin or cocaine and, perhaps for this reason, is usually referred to as a bad habit instead of an addiction. However, what was once an almost universally accepted social activity has been increasingly legislated into a corner because of its serious health consequences for users and those around them. Although it is possible to smoke occasionally without developing an addiction, the obverse is the more common reality because the numerous chemicals used in the manufacturing of cigarettes tend to produce physical dependence (i.e., addiction) rather quickly.

Around for centuries, cigarette smoking was commercialized in the 1880s with the invention of a cigarette-making machine. The first evidence of its effects on health emerged in 1930, but it was not until 1952 when research on smoking's detrimental consequences was published in Reader's Digest that the public had any indication of its dangers. For the next few decades, the tobacco industry tried to counter academic research with its own, leaving many people conflicted about smoking but continuing to do so nonetheless.[i] Fast-forward to today, and 85 years of research have made it abundantly clear that smoking causes cancer. Yet even with this knowledge, the statistics about smoking in the US are surprising:

The signs[vi] of a smoking addiction are similar to signs of other addictive behaviors.

For many smokers, the addiction is very difficult to hide; their living environment, car, possessions, and clothing often retain the lingering smell of smoke. Many do not feel the need to hide it because cigarettes remain legally available for purchase.

Of the 7,000 chemicals that can be found in tobacco smoke, 70 have been specifically identified as carcinogens (i.e., cancer-causing agents). These include benzene, vinyl chloride, formaldehyde, and polonium 210. Other toxic ingredients (of which there are hundreds) are ammonia, carbon monoxide, lead, chromium, arsenic, toluene, hydrogen cyanide, cadmium, and butane. It should be no surprise that smoking, especially over a long period of time, can cause numerous health problems such as:

Secondhand smoke can lead to many medical conditions as well, jeopardizing the health of anyone who is regularly in the presence of sidestream (from the cigarette) or mainstream (exhaled by the smoker) smoke. This phenomenon is particularly concerning for fetal, infant, and childhood health; smoking around children increases their risk of developing multiple types of cancer, including a rare liver cancer that appears at a rate 5 times higher in children with two smoking parents (compared to kids whose parents do not smoke).[vii] Smokers also put children at risk for asthma and other respiratory problems.

In addition to these health problems, a smoking addiction oftentimes strains the smoker's finances. If you multiply the cost of a pack a day by a 50-year habit, then consider possible returns of that money if it had instead been invested as well as health care expenses for conditions that develop, a lifetime of smoking can cost you $1-2 million – depending on what state you call home.[viii] Smoking can also cause issues in relationships with non-smokers, or limit a person's dating pool to other smokers.[ix]

With all of the information about the dangers of smoking, the number of smokers in America has decreased over the years. However, because millions of Americans continue to smoke, researchers have attempted to better understand who lights up and why. What is known is:

Insight into smokers' common demographic characteristics can help doctors, nurses, educators, policymakers, and other professionals better understand how to design prevention and intervention programs to decrease smoking and its long-term health care costs.

Health insurance companies charge much higher rates for smokers than for non-smokers, and since government or employers are also picking up part of smokers' health care costs, there are often many incentives and resources available for those who are trying to quit. To end a smoking addiction, you will also need the support of family and friends; thus, if someone close to you is also a smoker, consider asking them to join you in your efforts. Otherwise, it may be more difficult (although not impossible) to quit.

A popular treatment option is nicotine replacement therapy (NRT). Gum, lozenges, patches, inhalers, or nasal sprays release nicotine into your bloodstream, allowing a smoker to eliminate the numerous toxic chemicals in cigarettes while alleviating cravings for nicotine. The smoker can then gradually reduce (i.e., taper) the frequency and amount of NRT until he or she is no longer dependent on nicotine. Although some NRT items can be obtained without a prescription, working with your physician to find the best dose and tapering schedule – as well as to ensure that no other health risks will emerge while you quit – is recommended. Individual therapy and support groups are also recommended to help the smoker find healthy alternatives for coping with stressful situations that were once handled with cigarettes.

For those who have tried to quit with NRT and therapy but have been unsuccessful, physicians may suggest Champix® (varenicline) or Zyban (buproprion). Both of these medications have been shown to have high rates of success among smokers who were trying to quit. Importantly, however, these medications could cause side effects and still require that smokers find healthy ways to resist cravings.

Within a day or two of quitting the habit, the body begins to clear out the toxins, and the former smoker will gradually feel better; withdrawal symptoms will eventually subside. Depending on how long you smoked, it may take many years to fully recover and reduce your risk for lung cancer or heart problems to that of a non-smoker. But research has shown that stopping at any point offers more – and better – years of life for all smokers. 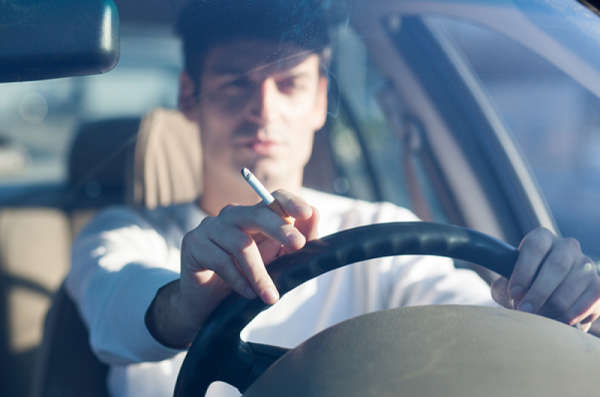