Withdrawal And Detox: Get The Facts

What are the symptoms of withdrawal?

What is detox? Detox medically monitors people going through withdrawal, and helps them alleviate symptoms as their body rids itself of the drugs or alcohol. Detox usually takes place in one of the following locations:

Usually, people will be admitted to the detoxification facility for a few days to a week or more. Medications used by the treating professional to help those going through physical withdrawal include:

Once symptoms of withdrawal have abated, the person can be discharged and begin drug and alcohol treatment.

Which drugs are likely to cause severe withdrawal? People using the following drugs often need medical intervention during withdrawal because symptoms of withdrawal can be severe:

Does everyone starting recovery need to begin with detox services? Other substances than the ones listed above may not necessarily require medical detoxification. It is always best though to check with a medical professional when considering whether to go through detox or not. Sometimes pre-existing medical conditions can complicate the withdrawal process and necessitate medically supervised detoxification, no matter the substance. Although someone may not require medical detoxification, they may require something called social detoxification. During social detoxification, people are supervised during the withdrawal period, but are not usually given medications to treat their symptoms. Instead, they are offered a warm, loving environment to begin their journey toward sobriety. Often social detoxification lasts a few days to a couple of weeks, and sometimes it occurs in conjunction with admission to a drug or alcohol rehabilitation program. It is important to remember that detoxification is not treatment. Detoxification does not address the emotional and behavioral aspect of addiction. It is simply the first step in recovery. 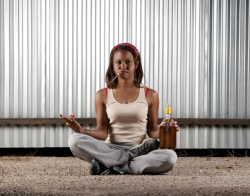 10 Ways To Reclaim Your Power Over Addiction

Currently Reading
Withdrawal And Detox: Get The Facts